The History and Development of Messner GmbH

1983 The second CNC turning machine goes into operation. At this point in time, the company has five employees.

1990 Move to a larger production facility in Ottobrunn near Munich, Germany with a further expansion of the milling capacity with two CNC milling machines. The number of specialist employees is increased to 14. 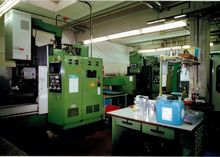 1995 The production space at the site is further increased, which gives the company the possibility of expanding further. Additional machines go into operation.

1999 The time for automatization has come and the company invests in a horizontal processing centre with a 6-fold palette changer and 120 tools.

2001 Opening of the second site in Ottobrunn/ Riemerling. Here a production facility with near to 1,000 square metres space is equipped for series production. The number of employees is increased to 20. 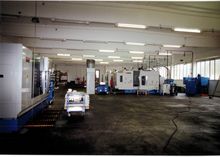 2007 The capacities are further increased. In the meantime 100,000 production hours can be offered in the series production area. In addition to this the number of employees at the company exceeds 30.

2010 Merging of both sites to Ottobrunn/Riemerling. A new facility for material logistics goes into operation.

2015 Paul Messner, the founder and main shareholder of the company dies. The company remains in family hands and is continued in the second generation.